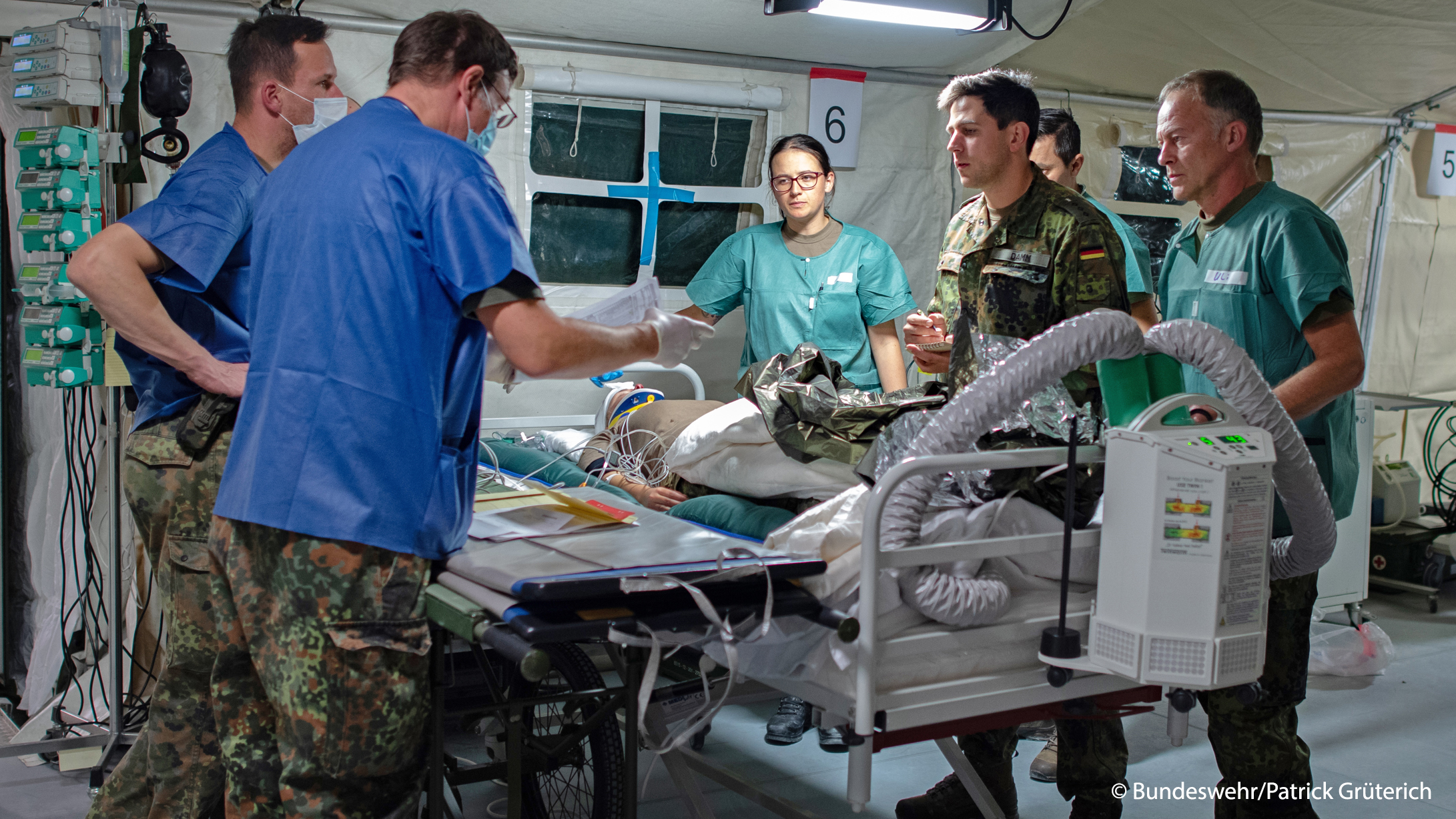 On 30 May 2022, the European Medical Command, a Germany-led PESCO project launched in March 2018, reached Full Operational Capability (FOC). Supported by 18 countries, it will benefit the EU and NATO with an enduring medical capability to increase medical operational readiness and interoperability for future joint and combined operations.

Since one of the project’s key ambitions was to promote closer EU-NATO medical cooperation, the 18 participating countries agreed to merge the European Medical Command (EMC) with NATO Framework Nations Concept’s Multinational Medical Coordination Centre (MMCC) to build up a model for effective use of resources through national efforts and multinational cooperation in one entity. The common structure created from these two initial projects – for both of which Germany is the ‘framework nation’ – is now called Multinational Medical Coordination Centre/European Medical Command, or MMCC/EMC, operating under one single administrative and infrastructural framework.

From now on, the MMCC/EMC is available for its members, the EU and NATO acting as a medical support coordination and linking body for Baseline Activities and Current Operations (BACO) and Common Security and Defence Policy (CSDP) operations and missions. As an innovative and project-driven interface, the medical projects implemented by the MMCC/EMC will focus on producing direct benefits for its participating nations, NATO and the EU. One of the main goals is to strengthen NATO’s and the EU’s medical services by increasing interoperability of medical material and standards.

The two-rooted entity is tasked by its participating nations, the EU or NATO and has a bridging function between NATO, EU and international medical stakeholders by acting as a network facilitator and connector. Currently, the MMCC/EMC is acting as a link between civilian and military services of the EU and NATO in supporting the evacuation of wounded and sick people from Ukraine. This lighthouse project is intended to improve cooperation between NATO and EU medical capabilities and services.